Migration and Development in Lesotho

Lesotho, officially the Kingdom of Lesotho  is an enclaved, landlocked country in southern Africa completely surrounded by South Africa 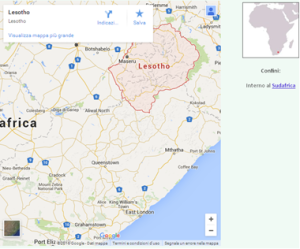 The central idea of this paper originated by the analysis of the current migration flows, their characteristics and motivations, in relation to rural development.
It looks that nowadays the main migration flows of Basotho still mostly come from rural areas.
Despite the good results achieved by the Government, mainly in the water supply sector, not only migration remains a necessity, but also changed in its main composition.
It can be said in fact that among the main push factors to migrate, poor living conditions of people located in rural areas are the main ones. On the other hand, the vicinity of South Africa, a country with a strong and solid economy (in comparison to Lesotho), a country which shares some cultural background and where the language is not a barrier, where migration paths have been used by Basotho people for decades, create the ideal conditions for perpetrate migration.
As a consequence, “circular” migration to South Africa (and back) has to be considered one of the aspects deeply connected to Lesotho economic and social structure.
In this paper, the analysis of rural development, which includes the two main pillars of water and agriculture along with the detailed description of the main characteristics of the current migration flows will guide us in understanding which are priority areas of intervention to support local development towards the establishment of more inclusive, gender balanced and sustainable living conditions for people in rural areas.

In the last decades of the 20th century, about half of the adult male population of Lesotho migrated on a temporary basis to South Africa to work predominantly in gold mines as well as in other sectors.
As such, migrant remittances contributed considerably to the reduction of poverty and to support families in accessing basic assets such as food, cash, education, medical facilities, water, etc. Furthermore, incomes generated by remittances were used to purchase agricultural inputs to improve subsistence farming.
Since early 1990s, the number of Basotho men working as migrant labourers in South African mines has declined drastically over the years (from about 673,000 in 1987, down at 406,000 in 2001 and bottomed at 43,000 in 2010), causing a dramatic drop in remittances and a consequent increase in poverty among the households dependant on such incomes for their living.
Furthermore, the above factor coupled with the sharp increase of population infected with HIV/AIDS (around 24% according to IOM 2014 data) set the basis for the creation of a phenomenon more and more spread worldwide: the feminization of migration.
While in the past, women would only seldom follow men in migration flows, during the past decade more and more women became primary income earners in Lesotho and as such, started to be increasingly present in migration flows.
In an area of high mobility such as the one in consideration, remittances are to be included as factors of human and local development. As such, remittances will always (in larger or narrower measure) be part of the national economy.
Although Lesotho’s economy continues to depend to a great extent on migrant remittances, external job opportunities are narrowing down for Basotho people.
A number of factors such as lack of arable land (proportion of arable land in Lesotho has declined from 14% to 9% as a result of urban encroachment, soil erosion and other forms of environmental degradation), lack of irrigation schemes and more in general scarce opportunities of wage employment and income generation activities, made Basotho life conditions very poor, especially in rural areas.
The combination of these two factors (drop in remittances and underdevelopment in rural areas) created an increasing trend towards rural poverty and migration to urban areas or to South Africa in search of informal employment.
All this occurred despite the important investments of international donors and significant improvements achieved by the Government in crucial sectors such as surface water supply, roads, etc. Nevertheless, it has to be said that the above interventions were mostly focused in the urban areas of the Lowlands, with the consequence of basically neglecting most of rural areas of the country.
Therefore, a solid and sustainable improvement of rural areas becomes essential to create a social and economic environment for householders to stay and carry out income generation activities in their homelands. This approach has to be supported with specific actions, where women are included as important subjects of local development. Promotion of institutional support to remittances management aimed at enhancing human development is also another crucial component of this process.
As a result, unless policies and investments foster a comprehensive development of rural areas, which includes agricultural productivity (through irrigation and innovative cultivation technics), improvement of marketing, creation of income and investments by the private sector etc., the decline of rural economy will be accompanied by increased rural poverty and a consequent growing necessity to migrate.
In light of the above, important challenges appear to be tackled in the next future if the improvements of the past are to yield benefits for the rural areas.
This paper investigates the main characteristics of Lesotho, including its current migrant flows and examines possible interventions for social, livelihood and economic development of rural people and returned home migrants.
This paper aims at underlining that, though migration from Lesotho will always be part of the main characteristics of local economy (for historical, socio-cultural and geographical reasons), the urge and conditions to migrate can be mitigated. In fact, to contribute to poverty alleviation, living conditions of rural people can be improved through a comprehensive and multi-sector rural development, where improvement of water irrigation, agricultural growth and income generation activities constitute main pillars. 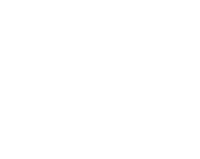